JOIN US FOR THE 2020 RMA VENDOR FORUM

The RMA Vendor Forum for our preferred partners is planned for October 14 – 16, 2020 at the Fairmont Jasper Park Lodge in beautiful Jasper, Alberta. This invite-only event will help you explore the growth and unlock the potential of your business while you enjoy the majesty of the Rocky Mountains. As our exclusive guest, you will have the opportunity to network with industry peers, engage with content experts in cooperative purchasing and free trade legislation, learn about trends in the Canadian economy, and expand your business across the country.

Your registration includes accommodations for two nights at the Fairmont Jasper Park Lodge. There will be a hospitality evening for attendees on October 14 and meals will be provided during the event on October 15. Attendees are responsible for their travel expenses and any meals outside the forum.

In light of the Alberta Government’s decision to discontinue asymptomatic COVID-19 testing, we are no longer requesting all participants be tested for COVID-19 prior to our event. You can find details about our venue’s policies and procedures at their website: www.allmeetwell.com and www.allstaywell.com

As well, in line with social distancing, we will not be inviting spouses to take part in any of our meals or hospitality events.

We are offering private meetings with the RMA staff during the day Wednesday, October 14 and in the morning on October 16. Please contact Miranda Andersen directly to schedule a meeting.

There’s nowhere else in Jasper like the Fairmont Jasper Park Lodge. From the panoramic view, plentiful sunshine, and natural setting to the vintage modernist architecture, this intimate retreat has been a gathering point for thousands of years. The mountains rise straight up from our back door, while elk, coyote, or deer pass by every day—yet downtown Jasper is only minutes away. 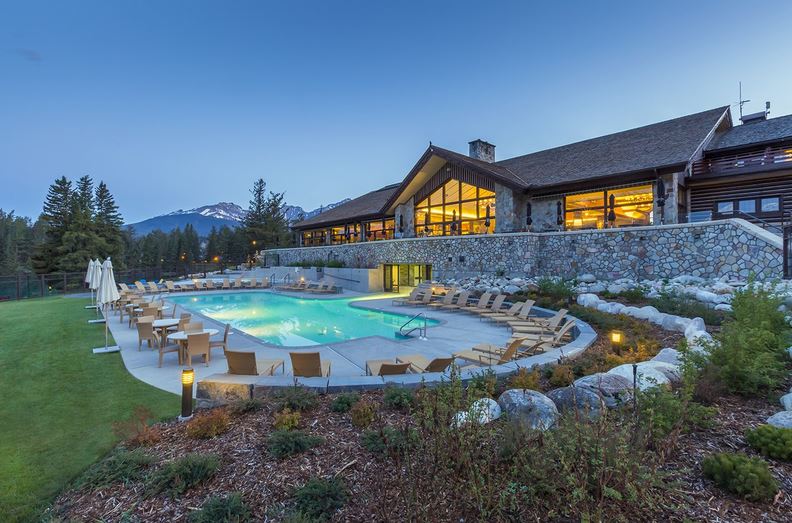 Warren’s life’s boundaries were redefined in April 1997 with his accident on North Queensland’s (Australia) Hinchinbrook Island. Climbing to the Island’s tallest peak, he became trapped beneath a one-ton slab boulder in a freak rock fall. Two days later he was rescued, only to undergo the amputation of both legs at mid thigh.

Just ten months later, he climbed Tasmania’s Cradle Mountain using a modified wheelchair and the seat of his pants.

In February 2003, he became the first double above-knee amputee to reach the summit of Africa’s tallest peak, Mt Kilimanjaro (19,222ft), and more recently, in a spectacular effort requiring more than 2,800 pull-ups over 4 days, created history once again in an ascent of America’s tallest cliff face, El Capitan. He is also the only above knee amputee to make an ascent of Canada’s landmark frozen waterfall, the 600 ft “Weeping Wall” in Alberta.

Warren’s first book, “A Test of Will” is an Australian bestseller and the subject of the “Trapped under a Boulder” episode of the Discovery Channel series “I Shouldn’t Be Alive”. His film documenting the epic four-week journey to Federation Peak, Australia most challenging mountain summit, “The Second Step”, has been acclaimed worldwide, screening on National Geographic Television and winning eight international awards including Grand Prize at the prestigious “Banff Mountain Film Festival”.

Warren has appeared on numerous news and current affairs programs, including “Larry King Live”, “The Oprah Winfrey Show”, and “The Hour” with George Stroumboulopoulos.

He lives in Canmore, Alberta with his partner Margo Talbot.

DR. MARVIN WASHINGTON
Marvin Washington is a full professor in the Alberta School of Business. Dr. Washington’s research, teaching, and consulting focus is on processes of organizational and institutional change.

He is the author of three books on leadership and organizational change. His most recent book is on developing your personal mastery (Leading Self before Leading Others with Stephen Hacker at Business Expert Press). Marvin has taught undergraduates, graduates, and executives since he joined the University of Alberta in 2006. Dr. Washington has worked with a variety of organizations such as, Enbridge, AIMCo, Blue Cross, YMCA, Parkland Fuels, Syncrude, and SportChek, many ministries and departments in the Country of Botswana, the state of Oregon, Government of Alberta and the City of Edmonton.

Prior to life in Academia, Marvin was a manufacturing manager for Procter and Gamble where he was responsible for Zest Bar Soap.

When not teaching, researching, or consulting, Marvin can be found hanging out with his three sons (two are students at the University of Alberta one is 4 months old) or coaching basketball (Marvin is an assistant coach of the Harry Ainlay Senior Women’s basketball team). Since 2009 Marvin has served on the board of Alberta Basketball.

TRAVIS WIERENGA
Travis Wierenga currently serves as the Vice President of AMSA and works for the County of Barrhead as Public Works Manager. He is a professional engineer who has spent the last six years of his career in public works and prior to that worked in the mining industry as well as consulting engineering. After working throughout Western Canada, Travis has now found himself in full circle working for the County he grew up in. Outside of work, he enjoys spending time with his wife and two boys who are all active in the family’s small farm as well as hunting, fishing, and other outdoor activities.

JAMES HOBSON, CFA
James is a graduate of the University of Calgary with a Bachelor of Commerce degree in Finance. With over 10 years of experience at CIBC, James focuses on identifying major market themes, analyzing equity and fixed income securities, and monitoring client portfolios to ensure investment policy compliance. James is a CFA Charterholder and maintains memberships with the CFA Institute and Calgary CFA Society.

CHARET CHAHAL, CFA
Charet is a University of Calgary graduate with a Bachelor of Commerce degree. With over 10 years of experience, Charet is a registered IIROC Portfolio Manager and oversees both transactional and discretionary portfolios for clients. He is a CFA® Charterholder and maintains memberships with the CFA Institute and Calgary CFA Society. Charet also holds the Chartered Investment Manager (CIM®) designation, along with a Certificate in Derivative Market Strategies.

GERALD RHODES
Gerald Rhodes joined the RMA as Executive Director
in 2003 after a lengthy career in both rural and urban municipal administration. Gerald is responsible for providing strategic advice to the RMA’s elected Board of Directors and leadership to the organization’s Advocacy, Business Services, and Corporate Services divisions. He is involved numerous provincial committees in addition to acting as an advocate for municipal and rural issues to the provincial government, as well as extensive involvement at an administrative level on national issues through the Federation of Canadian Municipalities.

DUANE GLADDEN, MBA
Duane is the Director of Business Services with the Rural Municipalities of Alberta. Within the scope of this position, Duane oversees all business functions, holds the roles of senior executive of RMA Fuel and RMA Insurance, and is the Principal Attorney for the Genesis Insurance Reciprocal. Duane holds a Masters of Business Administration and Bachelor of Commerce Degree.

DAVID DEXTRAZE, CET
Dave is the Manager of Vendor Relations for RMA Trade. Prior to working with the RMA, Dave was the Director of Public Works overseeing utilities, waste management, bridges, fleet management, and road infrastructure for the County of Wetaskiwin. While with the county, Dave took part in the first NJPA equipment purchase with RMA in Western Canada. Dave is one of the past presidents of the Alberta Municipal Supervisors Association (AMSA), as well as a past chair for the RMA Trade Advisory Committee.

RAMAN KHABRA, B.A. LL.B
Raman completed her Political Science Degree at the University of Alberta, and graduated from the Schulich School of Law at Dalhousie University in 2010. Called to the bar in Nova Scotia (2011) and Alberta (2012), Raman joined RMA in July of 2017, after working in private practice as a civil and commercial litigator. As General Counsel for RMA, Raman reviews commercial agreements, manages and defends insurance claims, and oversees the trade group’s procurement practices with a focus on legislative compliance.