In rural Alberta, the cost of not investing in disaster prevention would be astronomical. While an urban municipality mitigates disasters that could impact many people in a small area, the rural challenge, is, in many ways, the opposite. With massive areas, dispersed populations, and limited points of access, rural disaster mitigation is both an art and a science. Just as investing in the right people and equipment is crucial, so too is the local knowledge of the rural landscape to know how best to monitor and respond. Rural municipalities must plan carefully how to use their limited resources to best protect their environment, businesses, and residents. 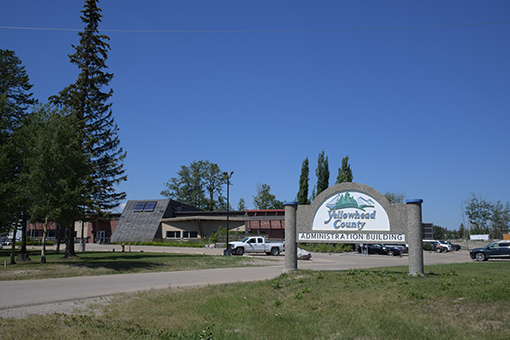 In Yellowhead County, keeping an eye out for danger takes on a whole new meaning. At over 22,500 square kilometres, the county stretches across much of west-central Alberta, bordering the Rocky Mountains and Jasper National Park to the west. Yellowhead County’s large size and vast wilderness means that the county’s disaster mitigation efforts are both challenging and extremely important.

Since moving to Yellowhead County from Halifax roughly a decade ago, Yellowhead County’s Director of Protective Service Albert Bahri has faced this challenge head-on. While Yellowhead County’s response to disasters and emergencies is what often receives recognition (and even landed the county a recurring spot on the television show Hellfire Heroes), the hard work and resources that the county has put into mitigation has been most important to protecting the county’s residents, industries, and natural environment. From placing high resolution cameras on communication towers located in isolated forested areas throughout the municipality to strategically designing equipment to serve multiple purposes, Yellowhead County’s emergency response team have applied a strategic mitigation lens to every aspect of their operations.

The cameras provide the county’s team with a bird’s eye view of landscape that is otherwise very difficult to access, allowing for early detection of wildfires. This allows the county to prepare for fighting the fire, or, in a worst-case scenario, evacuating residents, well before the fire poses an immediate threat to residents or industry. The county has also invested in sprinkler trailers, which allow the fire department to quickly deploy a network of high-pressure sprinklers anywhere in the municipality on very short notice. If a wildfire is already impacting a community, the trailers can be deployed to lessen the damage. On the other hand, if a wildfire is in the area or the threat is high, the trailers can be used proactively to dampen a community and lower the risk of any serious impacts. While the trailers were a significant investment and required a great deal of training, they have already paid for themselves. The trailers were used during the 2021 Lobstick fire and saved several homes that would have otherwise been destroyed. 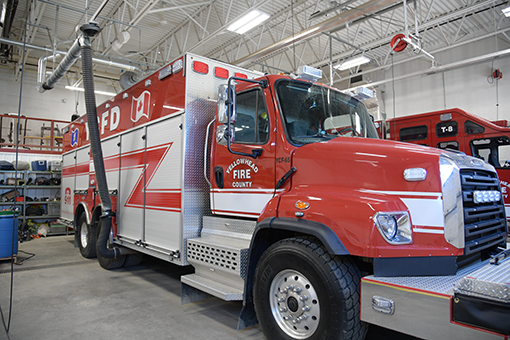 Since disasters do not recognize municipal boundaries, Yellowhead County has led the way on working with their municipal neighbours and provincial agencies to not only mitigate disaster risks, but also be prepared to respond jointly and support one another when disasters strike. This includes sharing information, joint training, and other approaches to ensure that the entire region is protected — not just the county.

Back to Uniquely Rural main page